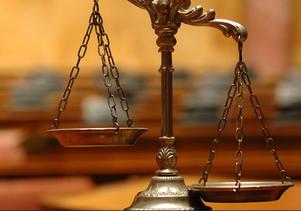 Stephen DeLeo runs a solo practice in Stamford, Connecticut, specializing in criminal litigation. Over the years, Attorney DeLeo earned a reputation as a dogged litigator, a bright lawyer, and a devoted and passionate advocate for his clients. Stephen DeLeo’s reputation has earned him the respect of the local courts and prosecutors, as well as many of the police and law enforcement professionals who –when not adversaries– call upon him for his legal abilities from time to time.

In private practice, Stephen DeLeo has defended hundreds of defendants in criminal prosecutions.  He has successfully defended, and tried cases on a wide variety of criminal law issues, including felonies involving Driving Under the Influence of Alcohol, Drug Possession and Domestic Violence.  In addition, Stephen DeLeo has defended clients charged with the most serious and violent felonies, including Murder, Manslaughter, Gang Offenses, Assaults, Vehicular Homicide, and Arson, as well as various heinous Sex Offenses.  Attorney DeLeo has also defended White Collar Crimes, including Bank Fraud, Embezzlement, Official Misconduct, civil and forfeiture matters related to or arising from criminal investigations/prosecutions.  His clients have included public officials, performing artists, financial executives, and corporate and bank officials.

Since opening his practice in 1998 Attorney DeLeo has brought a level of actual trial experience and competence to the criminal practice rarely seen in Lower Fairfield County.

Stephen DeLeo is active in a variety of charities and community based outreach organizations, he has spent years donating his time to Northrop Little League in Stamford, CT as a coach and an advisor to the Board of Directors.  Stephen DeLeo also volunteers for Lawyers Concerned for Lawyers in Rocky Hill, CT.  He shares the firm’s commitment to pro bono and civic responsibility, and is known and respected in the Fairfield County Bar for his helping hand with fellow attorneys and others in need of assistance.

If you or a loved one have been arrested or are the subject of a criminal investigation , do not hesitate to contact Attorney Stephen DeLeo for legal representation.

Born and raised in Stamford, Connecticut, Attorney Stephen DeLeo earned his Bachelor’s Degree from Seton Hall University and received his Juris Doctorate from Seton Hall University School of Law in 1997.  In 1997 Stephen DeLeo was admitted to practice in the State of New York and in 1998 he was admitted to practice law in the State of Connecticut.  Currently Attorney DeLeo is a member of the Connecticut Bar Association and the Fairfield County Bar Association.